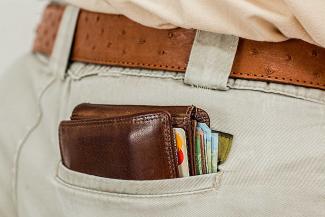 A recent survey by HelloWallet has reignited concerns over the future state of retirement in the U.S. The survey reveals that 25 percent of people holding funds in a 401k or an IRA have dipped into them, and not just in a small way.  Even more alarming is that the funds are being accessed through straight cash withdrawals rather than loans. All of this at a critical time when the savings rate among Americans continues to drop, and for most people, taxes are going up (payroll taxes will hit all workers).

Obviously, the sluggish economy which has prolonged the unemployment crisis is a contributing factor with an increasing number of people needing access to money simply to pay the bills. But, it is the rate of increase which has many concerned. According to a 2013 survey by HelloWallet, more than $60 billion was taken from qualified retirement plans in 2010, up from nearly $35 million in 2006. Stagnant wages and rising costs have also combined to increase the pressure on middle income families to tap their retirement funds. More than 70 percent of the cash from retirement plans are used to pay essential expenses, such as bills, housing and medical. 1

All the more troubling is the finding that almost 40 percent of the cash outs are occurring with people from age 50 to 60+. This has created a crisis of confidence in America as revealed in the 2012 Retirement Confidence Survey, in which only 14 percent of today’s workers said they were very confident of having sufficient funds to last them a lifetime. That’s down markedly from 27 percent in 2008 just prior to the 2008 stock market crash and the lowest in the survey’s 22 year history.

The confidence gap is just as wide with the Millennial's and Generation X and Y as it is with Baby Boomers. In another survey conducted by T. Rowe Price, 60 percent of investors between the ages of 18 and 30 agreed that, “Over the past few years I’ve lowered my expectations about the quality of life in retirement.” And that is 15 percentage points higher than the same survey taken just one year ago.

Until the economy finally lifts off putting more people back to work and pushing wages up, we are not likely to see a reversal of the trend any time soon. For many people, 401k plans have become their only source of cash in times of need, and, between filing for bankruptcy and tapping retirement funds, the latter is apparently the lesser of two evils. While getting needed cash from 401k plans may be the most expedient option, it could be a very costly one.

Withdrawals from 401k plans are taxed as ordinary income, and, when taken before the age of 59 ½ they are assessed a 10 percent penalty. If you qualify under one of the exceptions, you might be able to avoid the penalty.

There are additional exceptions in certain divorce situations and for military reservists who are called to active duty for more than six months.

The better alternative may be utilizing the loan provision if your 401k plan has one. If you think your situation will improve and you will be able to repay the loan within five years it is far less costly than withdrawals. If you don’t, or if you should leave your employer for any reason, the loan will become taxable and subject to penalty.

Consult your financial professional prior to making any decisions.

*This content is developed from sources believed to be providing accurate information. The information in this material is not intended as tax or legal advice. It may not be used for the purpose of avoiding any federal tax penalties. Please consult legal or tax professionals for specific information regarding your individual situation. This material was developed and produced by Advisor Websites to provide information on a topic that may be of interest. The opinions expressed and material provided are for general information, and should not be considered a solicitation for the purchase or sale of any security. Copyright 2021 Advisor Websites.